What if you waited 24 hours? 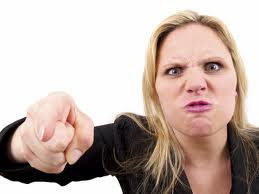 Currently I'm writing a book about healing and it outlines a program I have created based on the cases I've seen in practice and from years of reading eastern philosophical and medical literature.
Osho is one of my great inspirations, as his work is profoundly insightful and universally relevant to all people. He is one of the few mystics that didn't claim guru status or claimed he was divinely sent here.
In a discussion he gave, he mentioned an interesting way to process one's own anger. He told a story about a man who told his son to wait 24 hours before reacting to someone who instilled anger within him. After waiting 24 hours, he was told to just say and respond with whatever came to him in that moment.
Just think about that.
What if one waited 24 hours before lashing out on their spouse because they forgot to take out the garbage? What if one waited 24 hours before taking it out on the kids because they had a brutal day at work? What if one waited 24 hours before insulting, belittling, or throwing something back at another's face out of irrational anger ? What if we waited even 2 minutes before lashing out on restaurant server because they may have mistaken our order?
I bet the response would be quite a distinctly less abrasive one. Perhaps 24 hours would allow one to remember we all are human and capable of making mistakes. Perhaps 24 hours would allow one to access their compassionate muscles and clearly yet kindly state how they felt hurt or what they couldn't accept from the other. More significantly, maybe 24 hours would allow someone to remember they too could have done the same thing, given the same situation and that perhaps the other didn't harbour malicious intentions against them to begin with.
Give it a go.
Next time someone fails to meet your "expectations", or you feel angered by what they said or didn't say or what they did or didn't do, wait 24 hours before doing or saying anything. This may take quite some effort if you typically are one to instantly rage back. You may feel this may weaken you or create the doormat stance, but essentially you are empowering yourself instead of giving it away to the other.
Here's why:
The moment you lash out, or react to another you have communicated out of your Ego and thus your smaller self. You have signalled to the other that they have the power to trigger you and set you off your balance.
The more core connected you are, the greater is your sense of self esteem, power and worth. When you stray from that center, you actually become weak and operate from a place of fear. Anyone who is angry, is actually a very scared person. It's a method of compensating to hide that internal insecurity they are so vehemently trying to deny.
24 hours may give you the time to take some deep breaths, feel the compassion within you and ultimately operate through the love in your heart. Which is essentially the answer to all of our suffering.
What a world it would be if we even just took a moment to stop, and take a full breath before jumping the gun. Perhaps love would be given the space to come through and heal the hurt. Perhaps we might discover how possible it is to let go and let love do its job.
In health always,
Piera
Namaste
Posted by Yoga Heals at 2:56 PM

Thank you for visiting the Core Connection Healing Blog. Please join us and realize your journey to healing, wellness and lasting fulfillment. We invite you to browse our blog and discover your inner strength through energy healing and alternative holistic therapies. Here you will find what your soul has been missing. Be open to new things and explore the support and guidance we offer you as you journey to greater changes and higher grounds.

Learn how The Safe Method tm, Homeopathy, Reiki, Holistic Nutrition and the exploration of physical and spiritual can take you farther than you ever dreamed possible.

The connection begins here and now. Your connection to Self; the inner place of pure strength and truth is just pages and words away. Enjoy, share and dance in the song of your own personal journey.

Do you struggle with stress, anxiety, emotional eating, continuous conflict, discomfort or pain in life? Many turn to alternative medical practices when conventional treatments fail them. This is a great start to the healing process as it is your natural inclination to heal in the most organic way possible.

Awakening to your true self is the key and the cornerstone of The Safe Method. It is only when you connect to your higher inner self will you break through the resistance and allow the healing to take place.

Connecting means uniting in body, mind and Soul through various practices and therapies. It requires a consistent daily practice of tuning in, and not grasping out. In a society where the average attention span is 3.5 seconds, it is obvious how difficult we have made it for ourselves to get back to our source potential. Its time to connect and get past the struggle of pain and unhappiness.

I felt frustrated in practice with clients who were not responding to herbal, homeopathic and holistic nutritional supplements just on their own. Something was needed to work synergistically with these therapies whereby the deeper core issue would be addressed and resolved.

These are all very beneficial and valid therapies, however work far more effectively when used in conjunction with the Safe Method tm.

A discovery is born! I began developing a Mind -Body- Soul method of healing that I could incorporate into my clinical sessions with patients. I call it The Safe Method tm.

People began shifting! More and more I began to see emotional struggles dissolve and a new found link to inner power emerge. I was ecstatic and still am!

Therefore The Safe Method was developed as a solution to the healing resistance I saw in my patients in clinical practice. So many people are not aware of their innate healing potential and this thus contributes to a lack of self awareness which eventually may lead to the manifestation of disease or illness.

I began to use the method also on myself and realized the power it had to help allow me to confront my own resistance in life. It accelerated my growth and potential to proportions I did not know existed. It is also exceptionally gratifying to see people shift and move past the resistance every time they use The Safe Methodtm. I live for these breakthroughs! You are a breakthrough already. It is just a matter of awakening to it and knowing your precious truth.

The breath is our direct link to inner self and conscious awareness. The breath links us to our inner place of stillness. To become still is to come to the here and now. We engage in breath work to bring us closer to the present moment and develop mindfulness in our daily lives. This enhances our lives in such profound ways, whereby we remain less reactive and more proactive. We manage our stress, emotions and flow with the energy of life instead of opposing it. We invite you to discover the power of daily breath work practice. You will release old patterns of resistance and develop healthier states of being.

A holistic system of medicine founded about 200 years ago by a German physician named Samuel Hannehman. Homeopathy is based on the law of similars where "like cures like". This meaning that something that causes the same reaction is given in much smaller doses to assist the healing of patient. Homeopathic remedies are natural, safe and are based on highly diluted formulations. They are deep acting and help to treat both chronic and acute conditions.

They are made from completely natural sources found on the planet. These include plant, animal and mineral kingdoms. Remedy prescriptions are based specifically on the individual's own symptom picture. Therefore all physical, mental and emotional symptoms are recorded and taken into consideration. This becomes a very highly individualized method of treating disease and illness. Every person is different and has his/her own energetic pattern.

Homeopathy specifically adresses the inner life force system that keeps us strong, vital and alive. It strengthens and supports the immunity and enhances our own innate healing potential. Discover homeopathy with core connection healing right here and now.

A large portion of my work is done with physical touch and energetic body work. Reiki is one form of energy work I highly enjoy giving and have seen profound healing benefits from treatments over time.

I practice the classical Japanese based style called Usui Reiki. It is direct hands on pressure to the various points and meridans of the body. It targets specifically energy centers that may be blocked or congested.

I have been working with HIV patients for quite some time using Reiki as a adjunct to their own personal medical treatments. The results are outstanding. I've seen people regain new found energy, enthusiasm, passion and vitality. There are shifts and releases of stored trauma, pain and resistance. The body becomes freer, and liberated to new potentials of feeling, thinking and just being. Reiki allows us to be given the opportunity to tune into the core on a deeper more spiritual level. We reach the root cause of our physical pain and suffering in a more profound yet less invasive way.

Let food be your medicine, and let medicine be your food - Hipprocrates.

There really is no question that what we put in our bodies affects our health and well being. Food affects our moods, our mental state and our physiological well being. Whole foods that are not processed, and close to their most natural state guarantees our bodies more nutrition and sustenance. The less processed foods we consume the less our bodies need to work to eliminate toxic build up. Holistic nutrition considers detoxification by reducing accumulation and increasing elimination on a consistent basis.

I teach the specific protocols one needs to achieve successful detoxification and overall cleansing. Learn which foods you need to eat to prevent, and treat chronic pain and disease. Lets get eating right today! 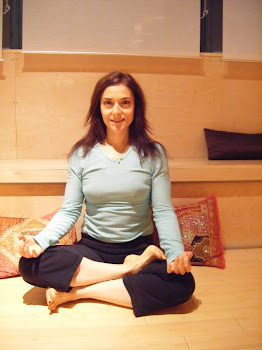